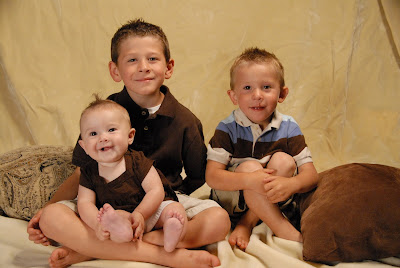 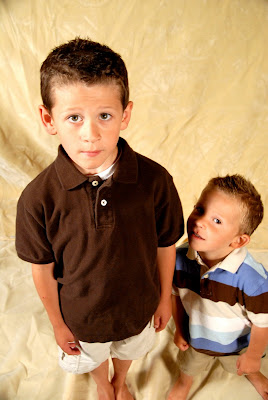 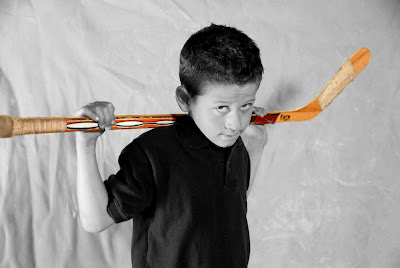 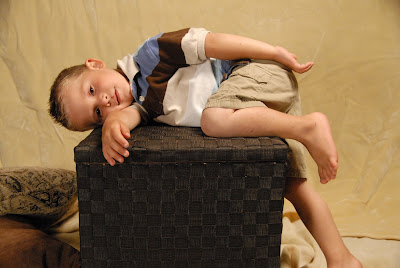 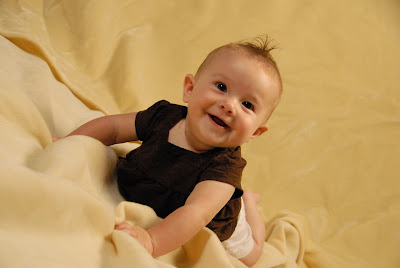 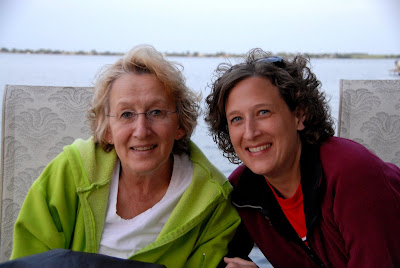 This is what Steph and I woke up to on Sunday morning...we have a pretty cool backyard. 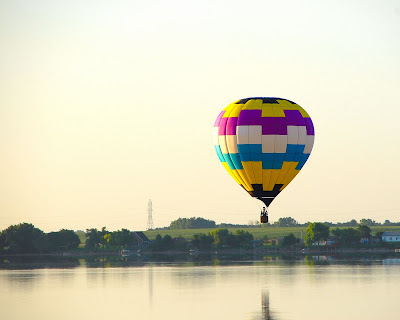 A Couple Of Faceplants, And A Flying Brecken

Fun night on the water...Steph and I both face-planted hard. Steph's was way harder and caught on video, so we post those kinds of things to show how tough she is.

She was doing a surface 180 to ride into the wake switch...she took it waaaay to slow, and caught an edge. She is pretty "diesel" to take a slam like that and still get up and ride.


I rode with Brecken as usual to cap off my sessions...he loves jumping the wake a little bit, and on this one we got a little out of control. The legs and arms that are flying around are Breck's I've got a hold of him by the life jacket! Grandma Penny and Reece DON'T WATCH THIS!

The Next Jack Johnson

If you knew my Grandpa Walt you remember that in retirement he spent his summer evenings watching the Twins and calling Tom Kelly a "dummy". He loved the Twins, but he always thought he could manage them better than "The Skipper" Tom Kelly. (in all reality, TK and Gardenhire do miracles with basically no budget)

Well, I saw a little bit of Walt in his daughter last night. As my mom and I were watching the Twins and Oakland in the 2nd inning the Twins load the bases, and Justin Morneau steps up to the plate. Then Penny says, "Well, Justin hasn't done anything for a while, so he needs to get something done here." The count goes full and it looks bad for number 33. I joked with Grandma that Justin wasn't gonna get it done this time...then he cracks one to right. GRAND SLAM!

So there you go Justin Morneau, I guess Grandma Penny needs to call you out more often. By the way after the Twins went up by 10 I told Grandma Penny that it might not be enough...the Twins got beat last night 14 to 13.
Posted by Glanzer77 at Tuesday, July 21, 2009 1 comment: 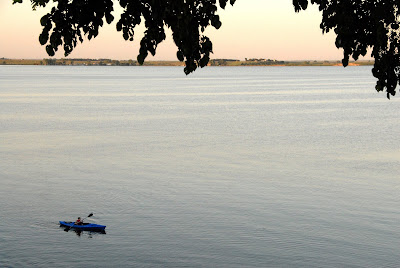 Maxim knows that the freedom of summer is quickly coming to a close, and he wants to fit in one more "bacation to Aberdeen" and a trip to a place with a Toys R' Us.

Maxim has grown up a lot this summer, he is even trying things his 3 year old brother is already doing. I say that in jest, but it is almost the truth, because only 2 days after I snapped this picture of Maxim all alone on the water in a kayak, Brecken was all alone in the kayak as well.

The boys love our neighbor's kayaks! Thanks G and K.
Posted by Glanzer77 at Monday, July 20, 2009 No comments:

Fun Day At The Zoo

We had a great day at the zoo yesterday, as did half of the city of Omaha...75 degrees and a light breeze, it was actually hotter in the desert dome than out on the pavement. It was a full as I have ever seen it.

The kids loved the monkeys, gorillas and of course everything in the aquarium.

Hitting some shopping areas today and heading home...fun weekend with the Fast girls.
Posted by Glanzer77 at Sunday, July 19, 2009 No comments: 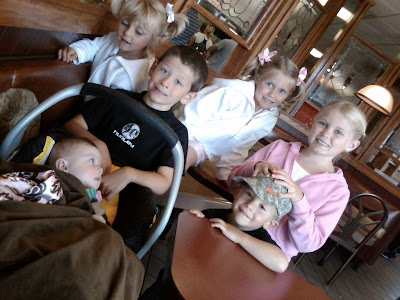 Headed to Omaha for the weekend with the Fast girls...tell me Maxim and Brecken aren't the luckiest boys in the world!

You Fill Up My Senses...

John Denver's song "Annie" has a line that says, "you fill up my senses...like the mountains in spring time, like a walk in the rain"...and on and on. It's a song about being in love and comparing it to the rush and emotional feeling you get while experiencing nature.

That song comes to my head a lot when I'm outside...climbing, kayaking, hiking, skiing, biking or mowing the yard for that matter. Today that song was in my head for the wrong reasons.

As loyal readers know I bike to and from work a lot, I hadn't rode for about 4 days so I got up this morning a little early, because of the head-wind I would have to pedal into, and hit the still wet roads.

It has been raining almost every day here in Beadle county, and things are saturated to say the least. So when I set out to ride today, I was looking forward to smelling some fresh cut hay fields with a little rain on them to make them more "smelly". The funny thing was...for the entire 18 miles this morning, I smelled a bad combo of: wet, stale carpet, and hunting dogs fresh out of a slew.

I wrote it off to the fact that the rain has been falling for weeks and everything is a little musty...so thanks to the rain for "filling up my senses" with some funky earth smells all morning.
Posted by Glanzer77 at Tuesday, July 14, 2009 1 comment:

Earlier this spring my boys found some baby rabbits, they played with them all day, carried them in a 5 gallon bucket, and even carried them around in a rain boot.

Grandma Penny came out the night after the boys found the rabbits, and of course they went back to the nest of rabbits, picked all 8 of them up again and showed them to Grandma. I am sure she was impressed with my parenting, an she was pretty insistent that the boys be scrubbed from head to toe with a anti-bacterial soap of some sort, then pressure washed 3 or 4 times over. She told us the boys could get "tularemia" from rabbits. (For the record it is pronounced like it reads, but just run it together "Tulare"-"Mia")

I had never heard of Tularemia, and joked that it is some disease that originated in Tulare, or that my mom was a little bit overboard in her cares for her grand children. I was of the mentality of let boys be boys, jump off roofs, playing in dirt, play with dead birds, etc.

So with the breaking news today of the epidemic in Sioux Falls, I have to say, "mom was right." Click here for the tularemia story from the Argus.

For the record, the boys played with the rabbits for about 2 days then kind of forgot about them, and I wanted the rabbits to die. I know cruel, but we have enough rabbits around so it didn't bother me that this litter of 8 wouldn't make it. Most animal moms don't return to the nest after humans touch their babies, especially after my 2 young Jeff Corwin's unsettled the birth place. Crazy enough there was 3 younglings that survived out of that litter.

The boys have not shown any symptoms of Tularemia either...that we know of, unless symptoms include, not listening the first time, punching a sibling, and refusal to wear shirts and shoes at all times.
Posted by Glanzer77 at Friday, July 10, 2009 2 comments:

I know I have an obscure taste in music, and I'm fine with not listening to what is on any genre of popular radio today. So sometimes I think I'm all alone on the music I like, so I wanted to share some with the readers.

I found this band the other day, and I can't get the song out of my head.

I am sure Uncle Skipper will download the whole album on to his MP3 player and rock it down G-City's Main Street.

Pretty good message about today's world politics and the abuse of power, but that is a blog for another day. 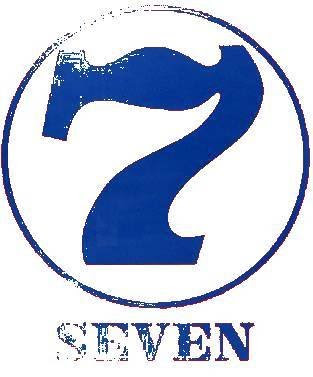 gas in my car. I admitted my addiction of all things 7 to someone over the weekend, and they thought I was obsessive compulsive...a little bit I suppose.

I know I am not the only person with this addiction to a number, I am just glad that gas prices are way down from a year ago when I put $77.77 worth of gas in the Expedition and our boat. I thought that was super cool...then I thought it was way to much to pay for gas.
Posted by Glanzer77 at Tuesday, July 07, 2009 No comments:

I'm lying in bed writing this post...it's 12:30 a.m. and I should be exhausted, but all I can do is look out at the water, with the FULL moon shining on it. Our family played hard this weekend, and everyone else in the house is sleeping away.

Not me...thanks to my dad I am an insomniac. I sleep like 5 to 6 hours a night...so this is kind of my boring time, I don't want to be up and walking around the house doing things. I am afraid I would wake up the kids...so I lay here and try to fall asleep.

Most things I "try" to do I get pretty good at, but "trying to go to sleep" is one thing I have not become proficient at.

So that's it...probably the most boring post I have ever done here at the old blog. Anyway hope you all had a great 3rd of July, 4th of July, 5th of July and hope you are sleeping now that it is the 6th of July and you have to go to work in 8 hours.
Posted by Glanzer77 at Monday, July 06, 2009 No comments: