I am not sure what his special powers are, but this no-shirted, camo shorts wearing super hero fights crime at the Henry Doorley Zoo in Omaha.  I am pretty sure this is the only place in the world anyone has ever seen this obscure crime fighter.

I don't know where he gets his desire for attention, but he goes about it in a way that makes his dad smile...he walked around like this for at least an hour on a 98 degree day.﻿ 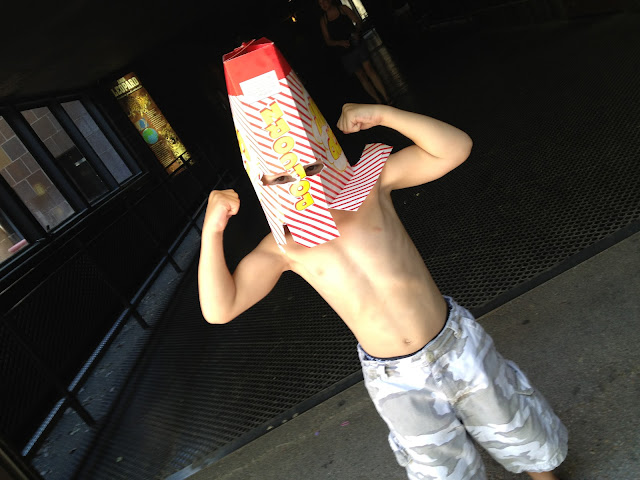 My Dad Is Growing Up.

When my dad and I used to do project type work together it always included some sort of verbal confrontation...not the kind you see on American Choppers or anything like that, but just one idea being better than the other (usually mine) and the other person not accepting the reality of the fact.

Well, my dad has been a super big help on an extension of our deck that we have been building over the past 3 days and last night we kind of finished the "big" work of the build and he made the comment that "we didn't even fight while we were building this".

It is amazing to think that about 10 hours of working together resulted in a completed project and no hard feelings.  I am so proud of the way my dad has grown up over the past 5 or 10 years, he is really starting to become a great person.  All those years of me pouring my youthful knowledge into him has paid off.

I am sure he is thing the exact same thing....oppositely of course.
Posted by Glanzer77 at Wednesday, June 27, 2012 No comments:

When I was at KSFY TV I had an intern who was later hired by the station.  James "Jimmy Jam" Searls came to us as a skinny college kid with a ton of heart and the desire to succeed in the industry.  He spent some time in the Sioux Falls and Sioux City markets and in Des Moines...now for the last 2 years he has been one of the main sports photogs at the Baltimore FOX station.  He shoots the Ravens, Orioles, and every D1 college in a tri-state region.

By TV industry terms he has outdone all of us that trained him...he has awards from everywhere and he is still in his 20's...for a few more months!

I am proud to say I had a small part of his life and career, he got nothing in life handed to him, he earned everything every step of the way, and his path is still bright.

The picture below shows James and I at Camden Yards in Baltimore.  He finished up with Ravens Training Camp early and came to the ballpark to join me.  If I look like a proud father here...well, that's what I felt like.  When a kid earns his way to the top you have to be proud of him.

Great to see you, pal.  Maybe this is the year you get to go to the Super Bowl??? 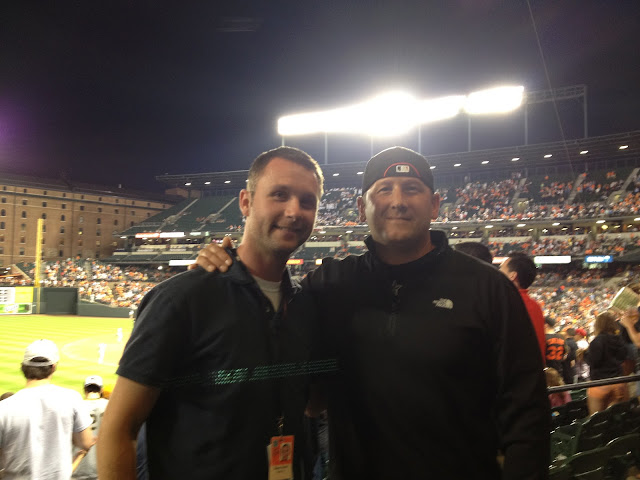 My favorite spot in D.C.
Had to check on my old friend Abe today. 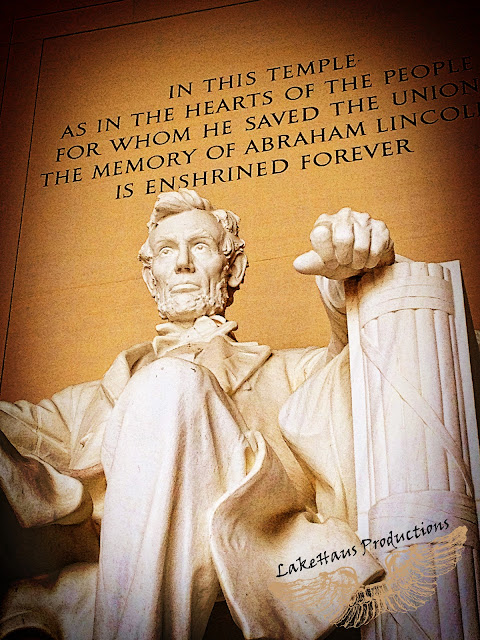 I planted grass seed 13 days ago...and there are some little sproutlets taking off, but I really thought the area would be a little more grass-developed by now.  So I start Googling "how long does it take grass seed to germinate", and I get all sorts of random answers, but most say I am in the window now where the whole thing should sprout off.

It kind of reminded me of taking care of your children, you "water" them and "water" them and get their seed bed and dirt all perfect and they continue to do things their own way on their own time.  You just have to wait for them to come around.

Maxim turns 10 on June 17th and I finally am seeing some real "grass growing" in his responsibility level.  Chores are sometimes done without asking, he is taking responsibilities with his brother and sister.  In fact, last night we were about a 3/4 mile from the house visiting a neighbor and the 2 boys wanted to walk home...which would take them on a busy country oil road for more than half of the trip...I looked at Maxim who has biked and run on that road and we let them go...funny how sometimes letting things go, makes them grow even more.

I guess I have to just give the grass seed some more time, but if it isn't full on growing by Sunday I might have to "spank" some life into it.

Last weekend Maxim, Brecken and I went to Fort Sisseton Days with my dad and his chuck wagon, which I found out is named "Sweet Sally Sue"...more on that later.

Last year Brecken went with dad and he raved about how much fun he had for a year, so I thought Maxim and I had better go this year. (Steph also had a garage sale last weekend so I wanted to get out of town.)

It is a lot like a Renaissance Festival for Cowboys and 1880's lovers.  We spent the weekend living out of a chuck wagon, cooking off the open fire and eating dessert right out of dutch ovens.  It was interesting to actually "live" the life the settlers in this are probably lived, but I'll take my pillow-top bed over the floor of a chuck wagon any day.

Maxim and Brecken played pretty hard, and for the first time as a parent I kind of just let the boys go and didn't parent them, I didn't tell them to "be careful" or when to eat or not to get too far away.  I let them go.  In our world of "bad people" that is tough to do, you always worry that your child is going to get stolen and end up on a milk carton somewhere.  But I have faith in God to protect my kids and so I let them roam the FORT.

Maxim being the less socially-needy of my 2 boys would come back to camp to check in and check out every 2 hours or so.  He would do what all 1880's prairie-bound boys would do...read another Star Wars book or play his Nintendo DS until the battery drained.  (at one point he actually went 28 hours with out some sort of electronic device and didn't complain)

Brecken on the other hand has become a sort of celebrity at Ft. Sisseton.  He is dressed in cowboy gear the entire time and he is gone the entire time.  He lives off of food he begs from other people, candy, the occasional portion of grilled meat and endless bottles of water.  Otherwise it is 90 mph play time.  Cowboys and Indians, good guy vs. bad guy, and just running all over the place.   Fort Sisseton is a gem of South Dakota and if you have never been there it is well worth the trip.  I want to go back sometime when the festival is not going on and just soak in the history of the area...it is beautiful, I even kicked myself for not bringing along a fishing pole...yeah, me wishing I had a fishing pole.

Here are some images of the weekend. 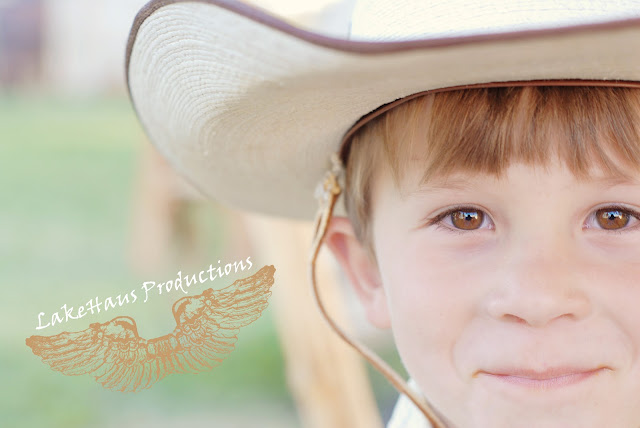 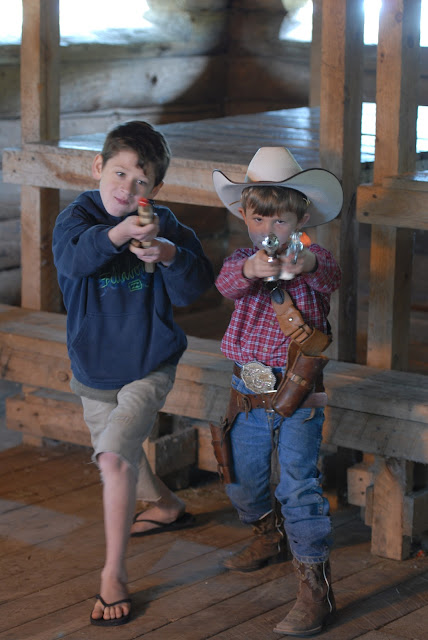 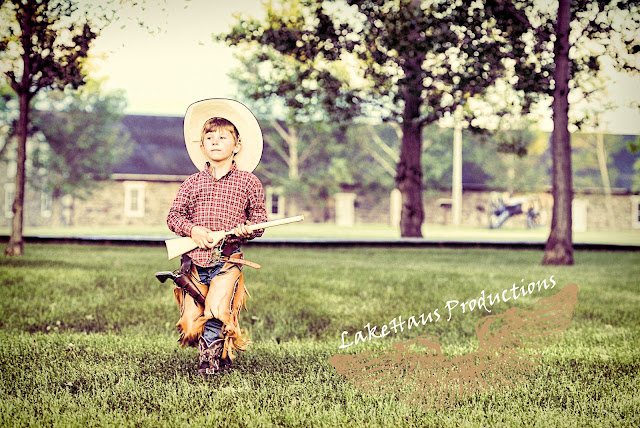 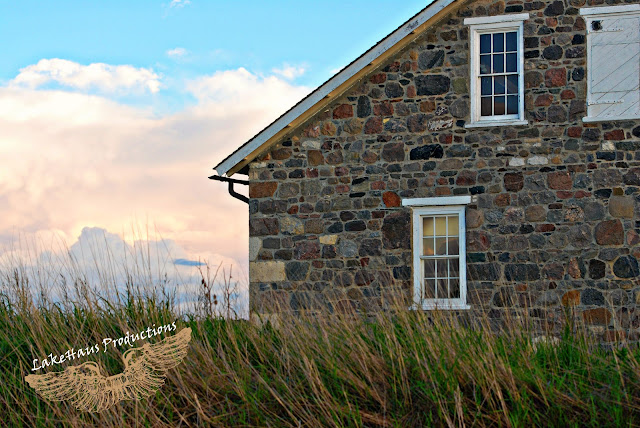 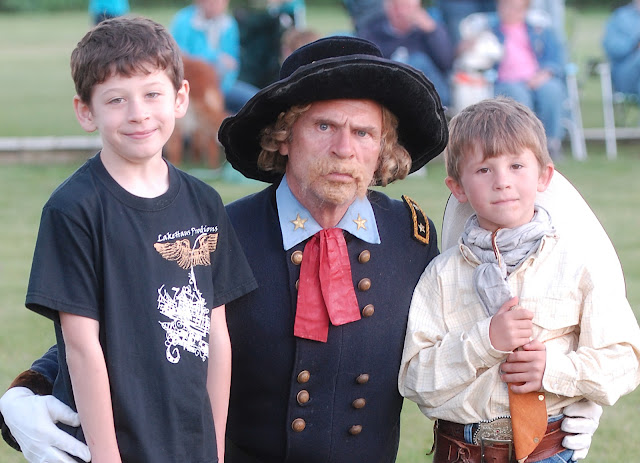