You know in the old movies where a guy whittles away at concrete with a tooth brush handle to make a hole in the wall of a jail cell, then digs a tunnel for a few hundred feet that leads to freedom?  First off, I'm here to say that after all that work the guy probably deserves to be let go...and secondly, the guards should be thrown in jail for not knowing the work was happening.

I knocked out a 24" round by 6" deep hole in our basement on Saturday to install a sump pump hole, and let me tell you...even with a sledge and shovel and no worries about someone hearing me it is a TON of work.

The Knights Roll On.

So I was trying to keep up with James Valley's run in the State B tournament and I know they beat the Ranchers last night, but as I read the story in the Aberdeen newspaper I kept seeing a team being referred to as the Knights.  Was it a mistake, or did Assistant Coach Mark Knight rename the team to honor his last name?
READ THE STORY HERE.
I don't know, but I bet the paper gets it right tonight when they knock off Corsica-Stickney to advance to the state title game.
Posted by Glanzer77 at Friday, March 18, 2011 No comments: 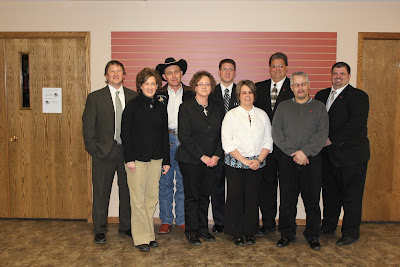 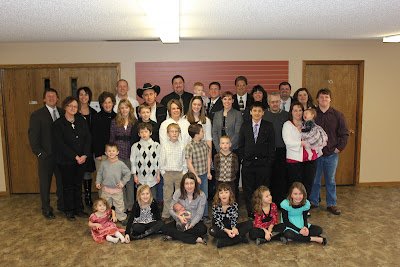 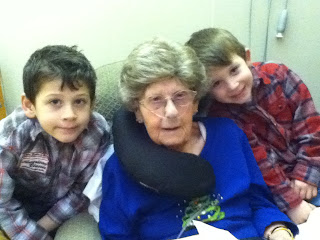 We lost Grandma Olive last night.  She was 91 and was sharp until the day she went to Heaven.

Last night Maxim prayed, "Dear Jesus, I hope you are having fun with Great Grandma Olive in Heaven."

It dawned on me last night after grandma died that I don't have any grandparents left.

I don't really remember any of my great grand parents, but I know my boys for sure will remember Great Grandma Olive...they loved to go visit her and watch the birds and play with all of her toy dogs.

So if you have been around him you realize that Brecken has quite the mouth...it never stops.  I know you are thinking, "oh, all kids talk a lot."  NO, not like the motormouth we call Brecken.  Most of it is just yappity, yap, and has no real meaning, and some of it is really, really funny.  Like a well written and timed stand up comic.

Now, I don't know where the whole underwear, underpants or underhead, understinky, etc...any word with the word "under" in front of it started to be funny or the main buzz word that Brecken embraced, but I would estimate that on average he says some form of the word underwear in a sentence or just by its self at least 60 to 80 times a day.

The first time he said it in a sentence, we laughed SUPER hard, and here was the sentence and its context.  He saw something strange happen and he said, "Well, that's weird underpants!"  I don't even remember what he was referring to, but it is our new family saying.  (So this is partially parental shortcomings)

So everything became "weird underwear" or "weird underpants" or "underwear pants head"...just anything with the reference to tighty whities...gitch...underoos...da-dant-ta-das...whatever you call them.

Another time when this word got him RAVE reviews as a comic was at grandma and grandpas house one night.  He was running around the house in his underwear doing flip tricks and gymnastics.  Aunt Sally called and he was talking to her on speaker phone, and she asked what we were doing....he replied, "Well, we are just having an underwear party!"

So it really solidified in his 4 year old mind that this word "underwear/underpants" is SUPER FUNNY.  So now it is his go to phrase.  Kind of like his comedic shtick.

Well, I guess Steph grew tired of his under garment talk and banned the word last night.  If he says the word he gets a 2 minute penalty for inappropriate language and is sent to his bed.  He spent quite a little time in bed last night and this morning he was in the penalty box again.

Now I am trying to figure out how I'm going to go through life saying, "Hey, baby do I have any clean clothes that I wear under my clothes?"

So with that said, Brecken has a birthday coming up in April, I thought it would be cool if he could get a bunch of underwear from people....so if you feel led to give him a present go ahead and buy him some gitch.  He wears boxer briefs, and they usually have Sponge Bob or SuperHeroes on them.  I would love to see him open a bunch of packages and not be able to tell anyone what he got for his birthday, for fear of heading to the "sin bin".