Bob and Penny took the kids this weekend so that Steph and I could spend over 10 hours in a car together...and we talked the entire time.  Wow, what a concept, to actually sit and just talk with your wife, with no screaming kids in the back of the car, or having to "yell" back at them to quiet down.

We went to Lincoln, Nebraska to watch South Dakota State University play the Huskers.  Steph's brother Jason hooooooked us up with Champions Club passes, which is like tailgating for lazy people, then we went in for the game.  Without recapping the entire game, I was very pleased...we got a standing ovation from the Husker fans, and walked off the field with a 17 to 3 loss.  A loss, but a lesson.

The other cool thing was I got to see Sally, Brad, Carson and Cassidy at the game.  Carson grew like 2 feet since the summer.

Here are some photos of the day...can you believe the photographer took no camera with?  So these are BlackBerry pictures.  As far as the the photos from on the field, let's just say I still have a lot of contacts out in the media world. 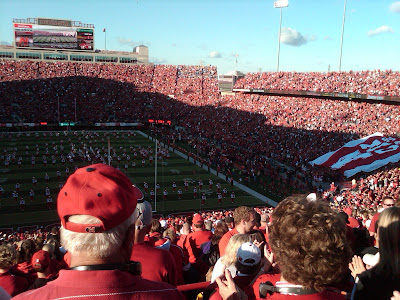 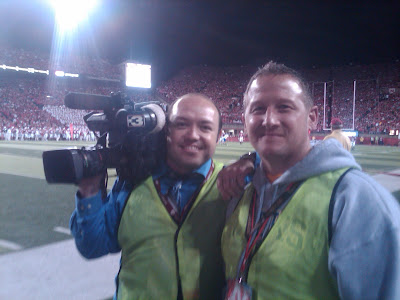 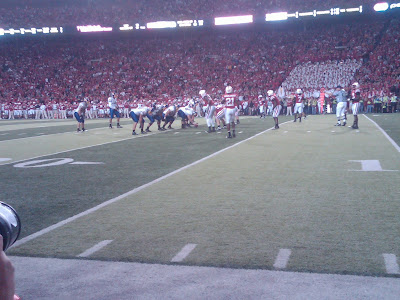 I Breathed Today...Then A Bridge Collapsed

My pace of life since July 7th has been breakneck.  Today I actually inhaled and exhaled 2 times without the phone ringing.  Then I got an e-mail that a bridge out by the house collapsed.  If you are familiar with the Foster Creek Bridge it is kind of the bridge that connects North Shore to the rest of the world without having to use gravel.

It is also serves as a backdrop for a lot of my LakeHaus Productions photo shoots, I can think of at least 5 off the top of my head where the bridge has come in handy.  Click here to see the bridge, and 2 kids.

So I guess I will not be running north in the mornings and will continue on my southern routes, unless I want to do a little early morning swimming too!

SDSU @ Nebraska - Saturday 6pm   GO JACKS.
(Steph and I will be the people wearing BLUE in the sea of red)
Posted by Glanzer77 at Friday, September 24, 2010 No comments:

I love rally car driver Ken Block, he used to be Mr. Subaru and of course that's why I loved him...but as you can see in his newest movie he is rolling a Ford...actually he is abusing this little car.
This is visual candy.
Posted by Glanzer77 at Wednesday, September 15, 2010 No comments:

It wasn't hard, but I talked these guys into singing Happy Birthday to the fair.
﻿
Posted by Glanzer77 at Tuesday, September 14, 2010 No comments:

Grandpa Bob had a birthday today, and we celebrated all weekend long.  The boys and I got up early on Saturday and headed into Bales for some good old fashioned sale barn breakfasts.  Then we went out to dad's horses to help him set up for an event on Saturday night. 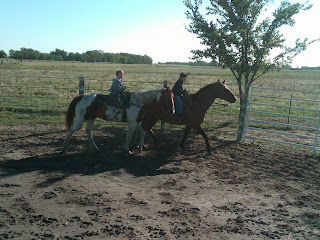 Of course the boys wanted to ride the horses so we kept them busy in the round pen for an hour or so.  It is fun to see them both loving to ride.  Brecken is of course a cowboy when he is on his horse, but Maxim chooses to be a Medieval Knight fighting off dragons and other bad knights.  He also some how worked Star Wars Clones into the mix on Saturday, but that wouldn't surprise me.  A tauntaun is a lot like a horse.
Sunday we grilled steaks at mom and dad's house and dad and I fell asleep watching football.  Sometimes I can't believe how different he and I are, and then somedays I catch myself doing the exact same things he did...that I thought were completely dumb.  Like getting up at 6 AM and running...now I am grumpy if I don't get my running in.
Thanks dad for being a dad, father, friend and role model...to me, my sister and my kids.
Posted by Glanzer77 at Monday, September 13, 2010 No comments:

For part of my LakeHaus Productions duties I got up in a helicopter and took some overhead shots of the fair.  Super fun and the fact that the chopper's door was off made it even better.
10 minutes after shooting this photo I was on the Freedom Stage introducing an act!  I was going at a breakneck pace this weekend, but I think Steph's job of supervising our booth was harder work! 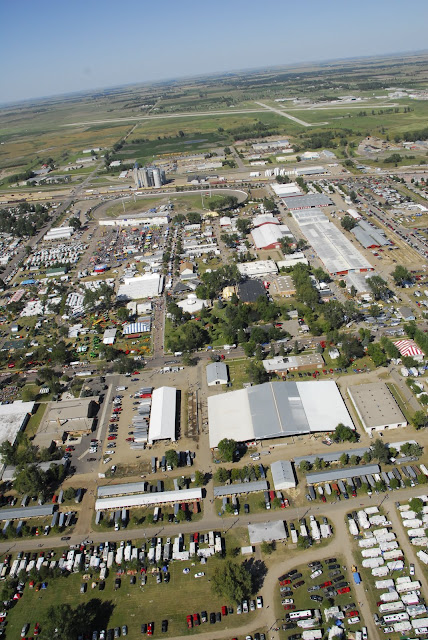