Probably won't post much this week, but hope you have a safe and fun 4th of July.  If you are on the lake stop by to say "hi".  If you come by on the land locked side of the house at the right time you might even get watermelon and a burnt hot dog.

This picture pretty much sums up what we will be up to. 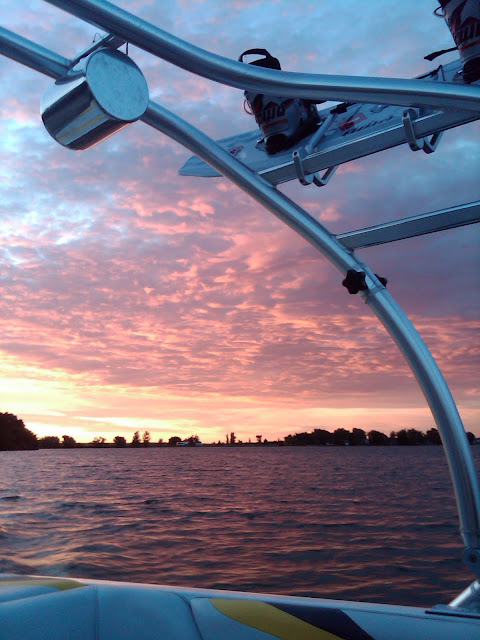 Hard to believe that on June 17, 2002 Steph and I had no children, we lived in our brand new house on the west side of Sioux Falls, and I was still working in TV.  Then that afternoon it all changed.  Maxim Thomas was born.
If you remember the birth of your first child as well as I do, the only thing you remember is confusion.  I was 29 when Maxim was born, but still a kid in a lot of ways...heck, I'm still AM a kid.  It is at that instant that you realize your life is different, and in an instant your priorities change.

Maxim changed my life, and it is safe to say he will change the life of most everyone that he is around.  Steph and I were always amazed at the care, love and heart that he has for people, and now that he is older and away from us more, we get unsolicited reports back about how good of a kid he is, and how nice he is.

He has a super gentle spirit, and he can make my day brighter with his smile and hug.  Well, he is 9 now and to celebrate he wanted a week of birthday parties, we negotiated down to just 2 parties.  Last night was the first with our family and a few people who might as well be family.  I think the party broke up at 11:30 p.m. while Steph took 30 minutes to cleaned up, he put together a 250 Star Wars lego.  We think it might be a record.  Then to cap off the night the birthday boy and I sat on the couch and watched X-Men: Wolverine until about 1:30 A.M. when I fell asleep...he was wide awake.

He slept in his favorite spot on the couch with the SDSU Jackrabbits blanket.
Posted by Glanzer77 at Saturday, June 18, 2011 No comments:

To The Man In The Flag Bandana....

Yesterday afternoon as I was about 3 blocks into my 4 mile run through the quiet blocks of Huron's west side neighborhoods you overtook me with a running pace that most 17 year old cross country runners would be drooling over.  I have no idea where you came from, but there you were on the other side of the road, startling me and then waving and flying by at your 7.5 mph pace.

I could make up excuses of why you, at your age, overtook me sooooo easily...I was still getting into my stride, I really hadn't been feeling too good yesterday, I was carrying extra technology (an iPod, a heart rate monitor and watch, and my keycard that lets me back into the building) that made me heavier by at least 24 ounces...but really you just smoked by me and smiled and waved.

Then I took notice of what you had on...it was flag day yesterday and to celebrate you had a bandanna on your head that was designed like a flag...cool, I'll give you that, I have been known to rock a bandanna now that I am a long hair.  The other thing that totally wipes out my thoughts in the above paragraph...I thought I was carrying extra stuff, you were rocking a backpack.  I assume it was a "hydration-style" back pack, but in the mesh carrying compartment I could see a cell phone, maybe some keys, I think I saw a baseball hat, and a copy of War and Peace...along with a gallon of water.

So what did this do to me?  Well, first off I realized my pace was pretty weak and I should have stepped it up a bit, so I did, and you never were more than a block and a half in front of me on the entire route, which by the way is MY route and I found it first so no more passing me on MY route, if I want to have a slack run I should be able to enjoy it alone, not have some uberfit older guy sprint past me with his American flag bandanna waving to me in the dust....only to make me run faster and get in better shape.

When I did finally catch you around the Roger Kasa Baseball fields it was nice to exchange pleasantries with you...it went like this.

(Mr. Flag Bandana was now walking at a slow pace)

TOM:  Hey good day for a run?  So now you are walking so you can pass me in a block or 2 again?

FLAG BANDANNA DUDE:  Naw you are good, I'm just cooling down, almost done...hey, keep at it, have a good one!

I enjoyed our little exchange and got a little jump in my stride for the next block or so, well...at least until I felt like he wasn't watching me anymore, then I kicked it back down to my 6 mph stride/jog.

In all reality it was nice to see someone else out running (and out running me)...and it is only the 3rd person in 4 years I have encountered running on the streets of Huron, besides the time I ran into the entire Huron High School cross country team and as we met they all wanted to high 5 me...that was cool.

Well I'll be out again today at about the same time, same route...I'll wave when you go past.
Posted by Glanzer77 at Wednesday, June 15, 2011 No comments: 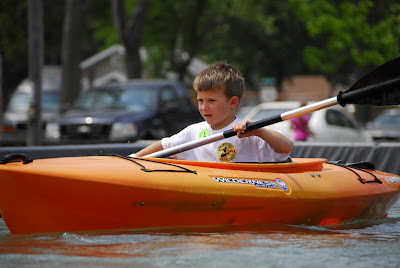 The kid would kayak to Grandma's house if we would let him.
Posted by Glanzer77 at Tuesday, June 14, 2011 No comments: 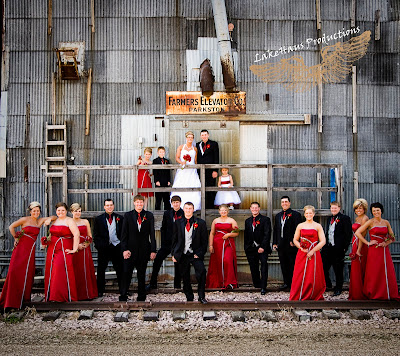 We are going mobile...

If you are reading the Living On Liquid / LakeHaus Productions blog on a mobile device we made things a bit easier for you.

After 5 years of publishing and over 52,000 hits we have realized that people read this blog while in cars, in school, during meetings and yep, even in the bathroom.  So that means a lot of you are hitting us up on your phone.  So now when you click into Living On Liquid / LakeHaus Productions on your iPhone, BlackBerry or Droid-based OS...we SHOULD come up a little cleaner and easier to read on your smaller screen.

Just another way we take care of you...making it more convenient to read our boring blogs when you should be listening to the guy reading, word for word, the PowerPoint at the front of the room.
Posted by Glanzer77 at Thursday, June 09, 2011 No comments:

I wish I could say that Moomba Boats hired me for a photo shoot...or any boat company for that matter...but this picture was actually taken with my BlackBerry while I was in the water with a life jacket, swimming with one arm while not letting the phone get wet.

I snapped a few, (did I mention this was taken with my phone?) and then final edited this picture...no this wasn't taken in the night or evening, 3:00 p.m...full sunlight.  Proving what I have told many people...an expensive camera doesn't make a person a professional photographer.  (AND For that matter a great wakeboard boat doesn't make a great wakeboarder!) 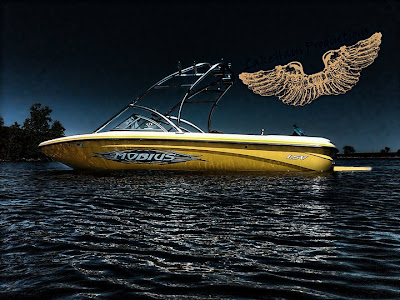 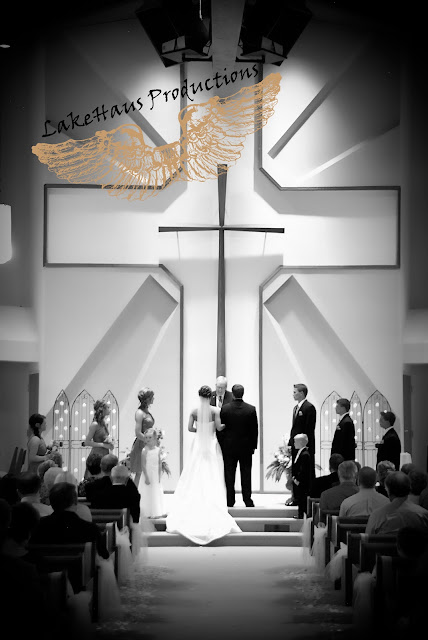 Riding In Cars With Kids.

Steph, Maxim, Brecken, Meatball (more on that later) and I piled in the car on Saturday after shooting a wedding and headed south to Hesston, KS to see my sister and her family and bring home my 16 year old niece.  The tailwind was great and we pushed 22 mpg in the Expedition all the way down..that was THE enjoyable part of the drive down.

After listening to 4 movies the kids were watching, one of them 2 times, listening to Brecken ask every question 5 times, witnessing him eat everything in the car, and watching Maxim run the battery in his iPod down 3 times...we rolled into H-town around 1:30 AM and it was party time.  Meatball (AKA Kolby) and Maxim were up until 4:30 AM and they were loud and rambunctious.  We didn't sleep too much that night.

Went to church at Rev. Brad's and Sally called us out during "sharing time"...Sally with a microphone to the rest of the church throws me under the bus...
"this is my brother Tom and his family from South Dakota...they haven't been down to see us for 7 years."
OK I know it was a while, but after the last drive it might be another 7!

Sunday afternoon we went swimming at some friends of the family...beautiful pool and property and the kids loved it.  Hit Applebees in the evening and had a delightful time with the Burkholders.

Monday we packed up Cassidy and the kids and headed to Omaha for a halfway stop and to see Steph's brother's family...more of the same as far as movies, and yapping.  Brecken at one point had the quote of the day, "Mom, I am hungry AND sweaty."  We laughed at that one for a while.

We finally rolled to the WESTSIDE of the lake around Tuesday night, and the kids all crashed out right away...Steph and I watched the NBA Finals and went to bed.

He loves to make the kids laugh and run.  He and Kolby hit it off pretty quick, and when you are Uncle Brad's favorite you get a nickname...not sure where it came from but Kolby was "Meatball" for the weekend.  She would say, "I not Meatball, I Kolby Capri."  Pretty sure in Uncle Brad's eyes she will be Meatball for life.
Posted by Glanzer77 at Wednesday, June 01, 2011 No comments: